Introduction — photography and me

I can’t really recall where my interest in photography came from, although I’ve always had an interest in the arts in general. Apart from the many family photographs, usually taken by Dad - although I was volunteered for some, I didn’t start making photographs until my late teens - 1977’ ish I guess.

This usually involved no more than snaps of friends, which I now cherish, and more often than not taken on a Kodak Instamatic and slightly later (early 1980s) on an ultra modern Instant Camera – I think it was a 'Kodamatic'.

My first proper camera was a Pentax ME Super, which I absolutely loved and still regard as the best camera I ever used. This was obtained in very dubious circumstances from a friend of a friend, who spent many holidays at HM holiday homes … eh-hem. At the same time my friend Barney also got a brand new Pentax, and we spent many trips taking photos around the UK.

I decided to take a photographic class at the old Artworks buildings in Northumberland Avenue, and studied there continually throughout 1994 and 1995. I made some good friends and obtained 'distinctions' in the three City & Guilds modules that I completed - Landscape, Portrait Photography and Photo Essay, mostly due to my tutors Barry Thompson and the late Bob Manders, and a very good friend – the inspirational Brett Hambling.

I guess my favourite areas of photography are portraiture and architectural or industrial landscape, which forms part of my interest in local history. Several of my local studies were sparked by classes I took with Chris Ketchell at Hull College in Park Street from 1995/96 onwards, until its untimely closure in 2007.

More recently I have made the move to digital, which I have found a less challenging or inspiring form, and at the risk of sounding pompous - I think the ease in which hundreds of images can now be taken of a subject without cost, dilute any passion for capturing 'the moment'. I think any major future works I produce will see a return to the wet process, and even to printing my own work again. All of the galleries here feature work made on film, and developed and printed by me. This is the usual view most of my friends and family had of me during the 1980s and 1990s ... probably with more clothes though. 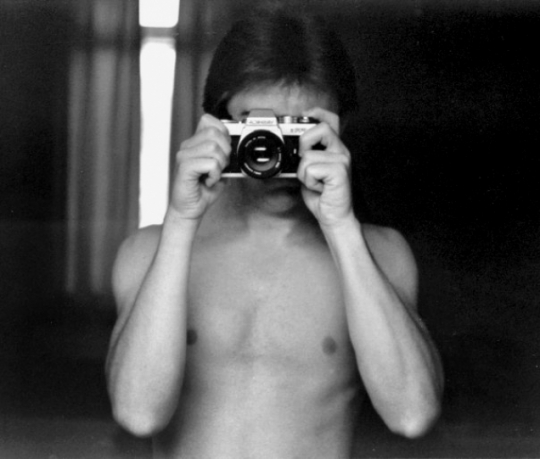