This selection of landscapes formed part of a project that I compiled for Chris Ketchell of Hull College's now-defunct Local History Unit entitled 'Future Uncertain - Sculcoates & the Groves, Hull'. As I wandered the streets of Sculcoates in the winter of 1996 and the early part of 1997, it seemed like the area was disappearing before my eyes. Amongst the buildings that were demolished in that short period were a seed-crushing mill of c.1820, an 18th Century pub, one of the last of Hull's Board Schools etc., etc. Sadly, over a decade later, similar buildings are still being lost to a council that has little respect for its architectural heritage. These buildings cannot be replaced. I tried to make the images seem haunted, never letting any human life appear, to reflect the way that the tens of thousands of homes had been swept away in this area since the 1950s.

Above is the last remnants of a building that remained on the north side of Barmston Street, next to the site of St Silas Church. This frontage, which acted as the entrance to an industrial unit, has since been demolished for more 'tin sheds', which add little to the squalid and impersonal nature of this once thriving area. 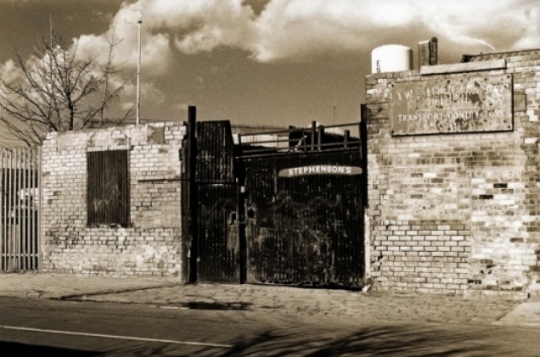 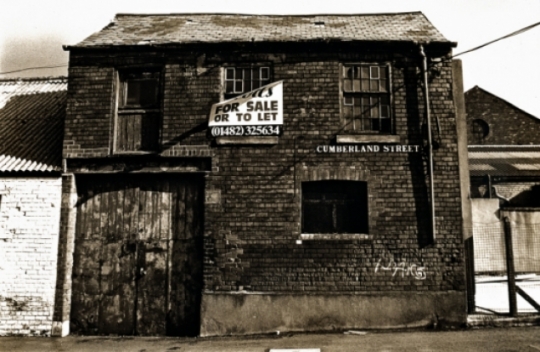 The oldest surviving property in Cumberland Street, which has recently been given a stay of execution by its continuing use as a small second-hand car sales area. 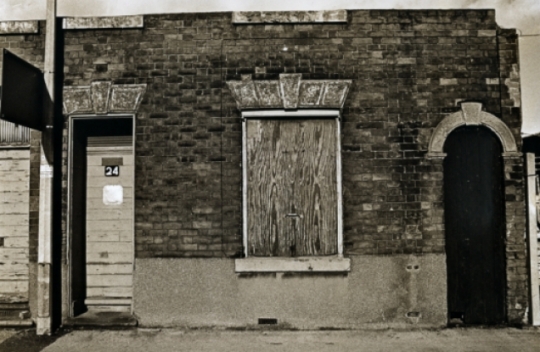 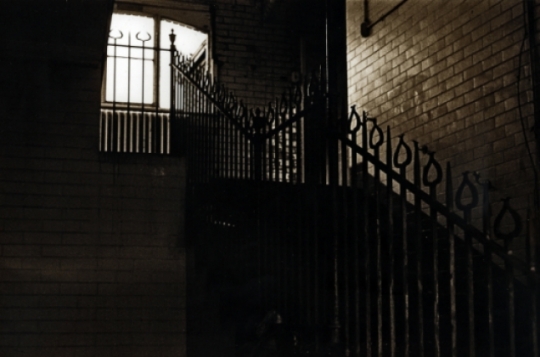 The ornate handrail of the staircase that led through the heart of the school - scrapped or salvaged? 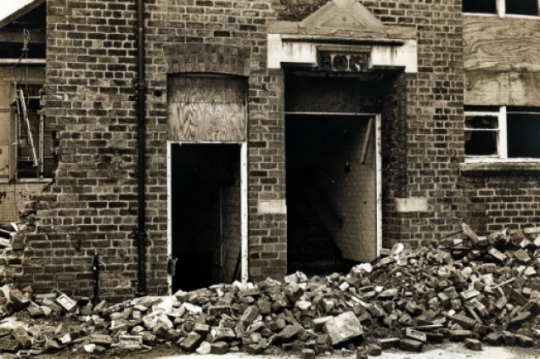 Lincoln Street Board School, one of Hull's earliest Board Schools, was in the course of demolition as I clambered around its crumbling remains. The site has since been used as a store by the company that carried out its demolition, having purchased it for reclaimed material. 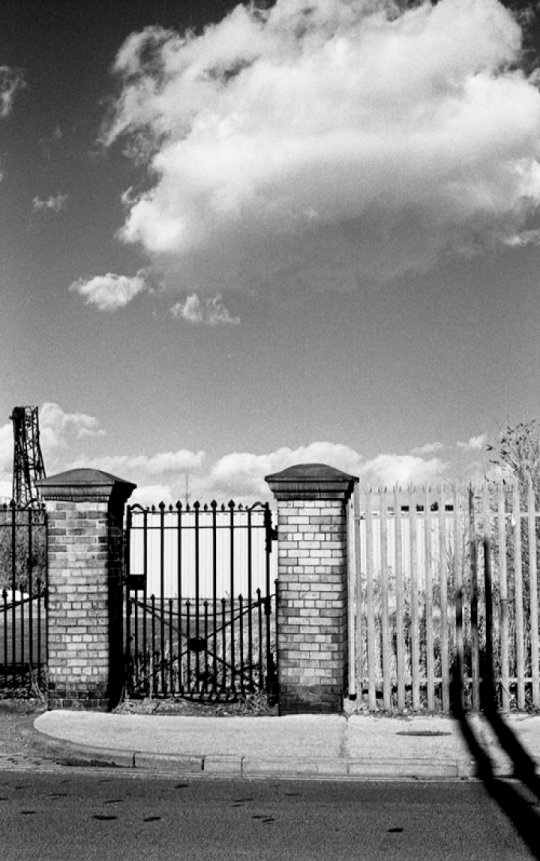 Cannon Street 1997, the gates of the old Hull & Barnsley Railway Cannon Street Goods Station. Now partly preserved by the Hull College building that fills most of this south end of the site. 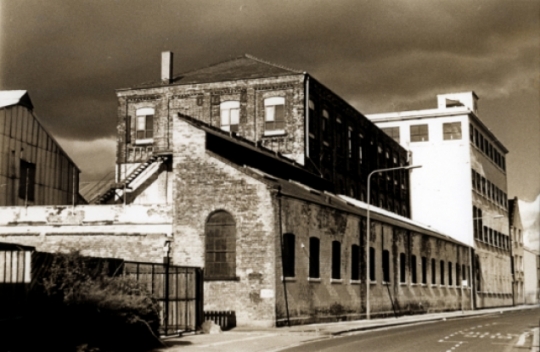 This part of the Rose, Downs & Thompsons Ltd foundry dates back to 1900, although the company was established on the site much earlier, and is an important early ferro-concrete building. Since 1988 the company has traded as De Smet Rosedowns Ltd, ending more than 200 years of history from its formation in 1777. Although now a Grade Two Listed structure, the buildings are regularly threatened with demolition. 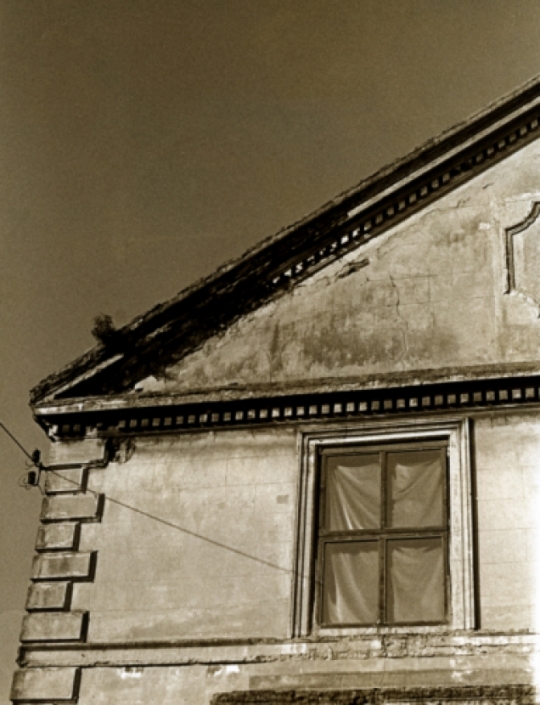 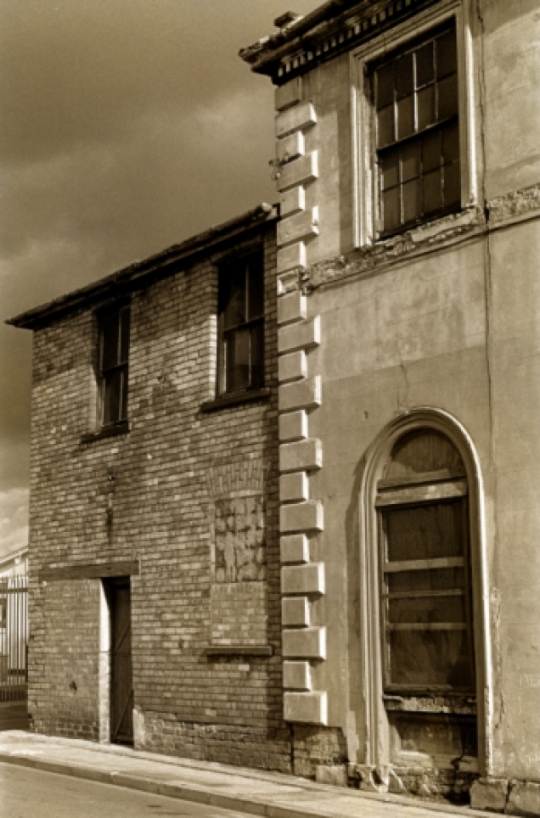 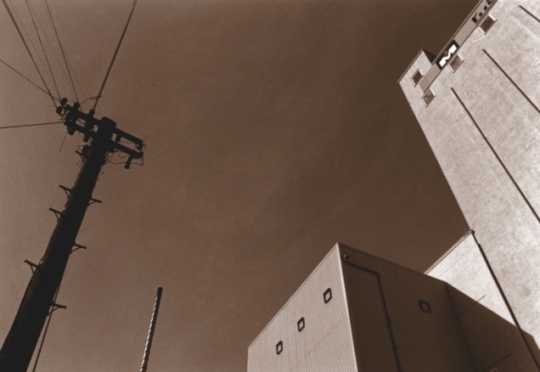 In contrast, the huge towers of Maizecor Ltd are well-cared for and share the land with the original mill buildings at the rear in Wincolmlee. 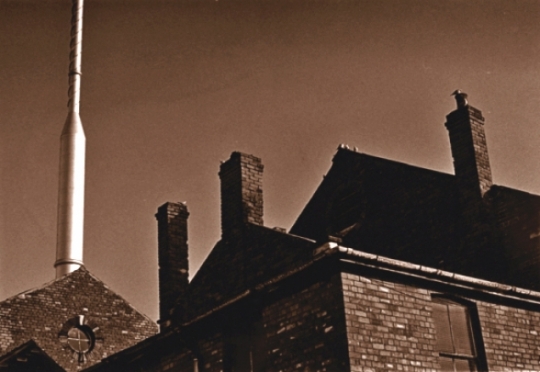 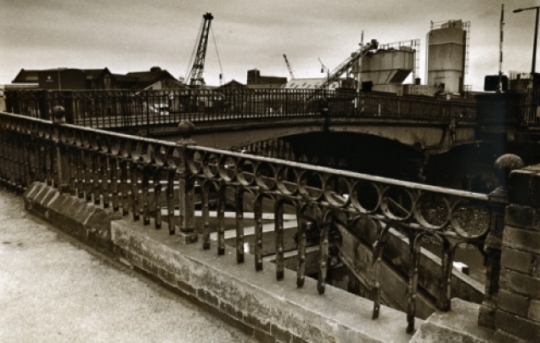 Scott Street Bridge linked Hull's two great industrial areas - Sculcoates and The Groves, across the River Hull between Wincolmlee and Jennings Street. The bridge, constructed in 1901/02, was closed in the early 1990s and now remains in the 'up' position. It's shameful dilapidated condition belies the fact that it, its lamps, railings and bridge-masters office are all Listed Buildings. What are the council waiting for - can we have it refurbished please? 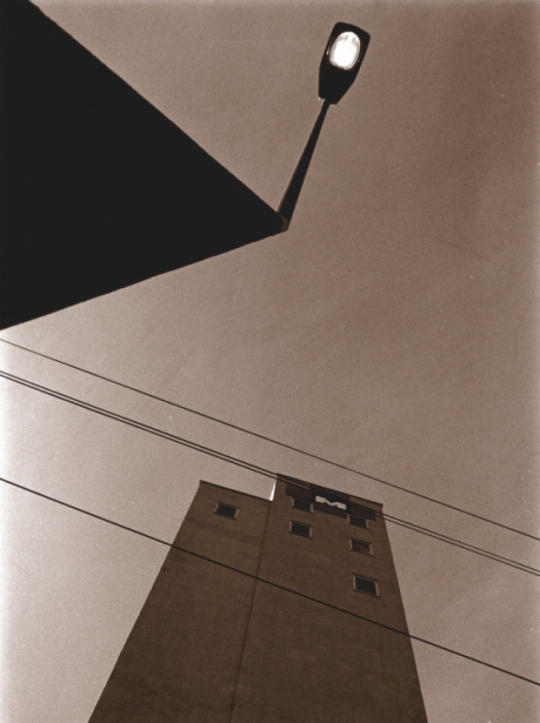 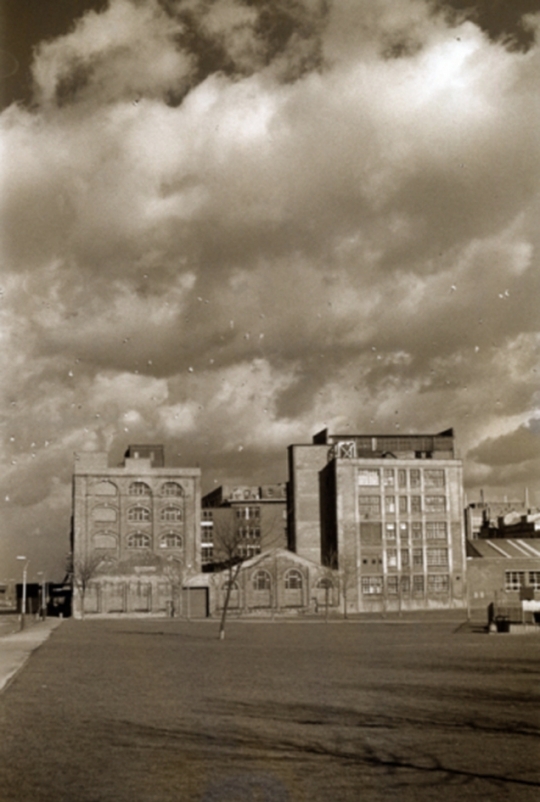 East of St Mark's Street, beyond the line of the old drain - still in sight of the gasometer, are the remaining factory buildings of the Reckitt family. Now part of a multi-national conglomerate, the fine buildings stand as testament to Hull's long industrial heritage. 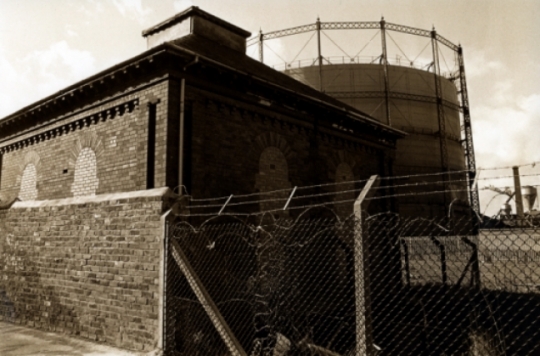 Over the bridge and into The Groves, and here lies another of Hull's Industrial buildings that is now on the official 'Buildings at Risk' list. Although, a fat lot of good making a list does - this unique structure should be a Listed Building! The St Mark's Street Gasometer is one of a series of storage structures built on this site following the establishment of the Sutton, Southcoates, & Drypool Gas Company in nearby Sitwell Street in 1847. The first was built further north at the end of Sitwell Street, and more were built on land between St Mark's Street and Sitwell Street later in the 19th Century; the surviving structure was built in 1896.